S5000 DEBUTANTS GO ROUND THE BEND FOR OPEN TEST DAY The S5000 category has completed its inaugural open test day at The Bend with 15 drivers sampling the machinery over some 350 laps in a successful outing at the SA circuit.

The session’s allowed drivers to sample the S5000’s at speed with experienced drivers on hand to offer advice and training. Established talent such as Gold Star champion Joey Mawson, James Golding, Ben Bargwanna, Nathan Herne, John Martin and Tim Macrow, were all track-side for the unique event.

Several drivers shared their unique experiences, including Matt McLean, a frontrunner in this year’s Super2 series, who explained what it was like running in a race-winning Versa Motorsport car.

“It’s not at all what I expected, but in the best of ways,” McLean said.

“The first session was building up to it and taking it slow, before having a crack in the second one. 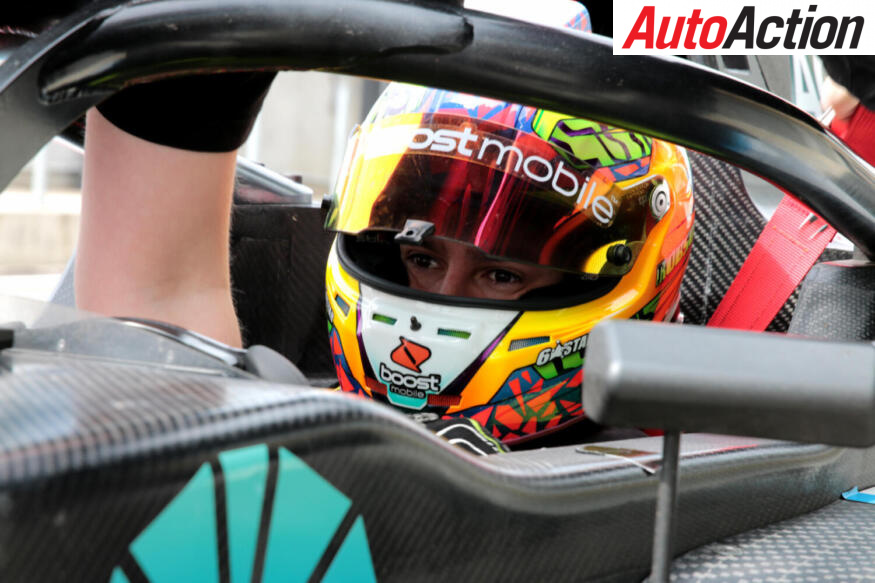 “They’re good, once you learn how they handle, and it was my first time in a single seater. Once you come to grips with it they’re quite easy to drive…but that first experience, it was wild.

“The transition from a Supercar has been massive, all I’ve ever done is tin-tops, so to step in a single seater, it’s something I always wanted to do as a kid.

“Thanks to Versa for getting me along, it’s been really cool. Hopefully we can chip away a little bit more and work towards racing in the category.”

Similarly for Super3 race winner, Brad Vaughan, the transition was a unique one, especially getting in a Team BRM open wheeler just two days after competing the SA state championship in a Hyundai Excel.

“They’re unreal cars to drive, they have so much power! This was my first time in an open-wheeler and it’s just been awesome,” said Vaughan.

“The first laps were about building up to it, but once you got over the sensation it was straight on it.

“Being an open wheeler it’s a lot different to the Supercar, you’ve got the wind in your face and you sit quite tight in the cockpit, but once you get over that they’re reasonably similar…I could see myself driving one of them in the future.”

Radical Cup rookie, Sebastian Fiorenza, who sits eighth in this year’s standings, was another debutant for the open wheeler machinery.

“Today’s been my first time out and it’s not what I expected! These things are high horsepower, slick tyres, big rear wheels and a lot of power compared to the Radical Cup machines,” said the talented teenager. “They’re a lot of fun to drive but they definitely have a lot of horsepower. It doesn’t have as much downforce as a Radical but that experience definitely helped prepare for this. A lot of skill from the Radical to the S5000 transitioned really well.

“We’re working away on it. I can’t say too much yet but I definitely would love to have a crack in one of these for a season or two.”

Young Karter Beau Russell, had his opportunity with GRM, who were also testing S5000 upgrades on the day.

“What an unreal car to drive! Thanks to Garry, Barry and the whole team at GRM for giving me this opportunity and letting me get my hands on a Formula car for the first time, said Russell.

“It was an incredible experience and such an awesome car to drive. It’s the best car I’ve ever driven!”

Other young talent included 15 year-old Karting prodigy Alex Ninovic, who had his first experience performing laps at The Bend, Formula 3 driver Trent Grubel, TCR young gun Kody Garland, and Jude Bargwanna, who was backing up from at outing at The Bend in the penultimate round of the national Formula Ford.