Dick Johnson Racing will fittingly reach its 1000 race milestone at this year’s Bathurst 1000, making it the first Australian motor racing team to achieve the feat.

Since 1980, DJR’s record makes it the most successful team in the country, 10 drivers championships (5 won by Johnson himself), three team championships, 147 race wins, 308 podiums, and 143 pole positions.

The team was founded following an incident at Mount Panorama during the 21st running of the Bathurst 1000 (1980 Hardie-Feredo 1000) when Johnson shocked everyone by qualifying on the front row, and in front of the heavily fancied racing legend, Peter Brock.

After putting a lap on Brock in his Ford XD Falcon by the 17th lap and leading the race, Johnson hit a large rock diving around a tilt-tray tow truck which sent him into the cutting and completely wrote his car off. 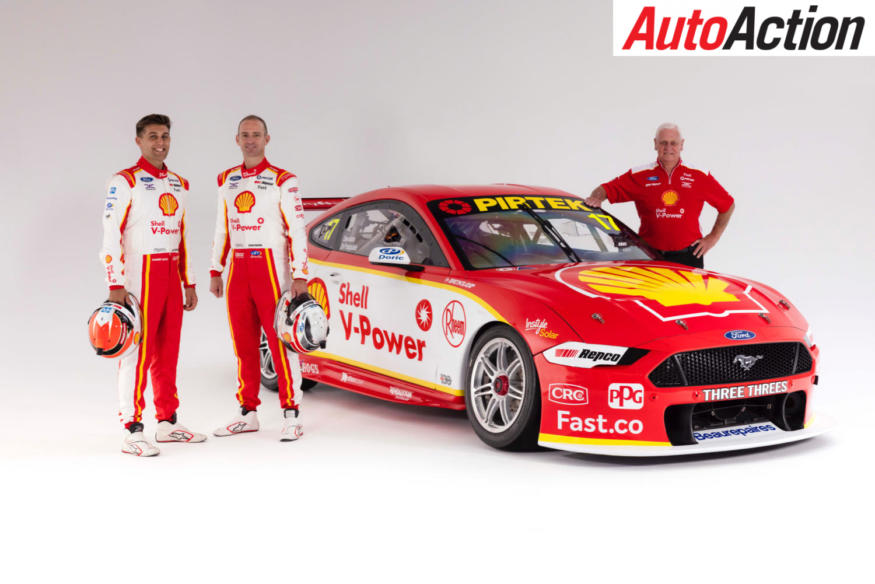 The newly re-signed Will Davison and Anton De Pasuale. the modern faces of DJR, plus, the great man himself

The incident turned Johnson into a household name after the public pledged some $72,000 dollars towards Johnson, ringing into channel nine during the broadcast, which was then matched by Ford for bringing the blue oval back into Australian racing prominence.

Spurred on by a generous public, Johnson went on to win his first Australian Touring Car Championship, setting up the DJR legacy , and sending it upon its winning ways.

Over the recent years, DJR has had a few major stakeholders invest in the team, most notably the Penske relationship in a 51% stake hold (DJR Team Penske 2014-2020), which yielded three drivers championships with Kiwi Scott McLaughlin. Penske’s stake was then sold to Ryan Story, and the team name reverted back to DJR. Most recently, the team has a new investor in the form of the Ralph family – who own the Melbourne Aces baseball team – with Dick Johnson and Ryan Story still having a significant stake in the ownership.

The man himself, who is a Motorsport Hall of Fame inductee, spoke of how proud he was to be reaching the 1000 race milestone.

“What a ride the last 999 races have been, and I could have never imagined the extent of what DJR has become today,” said Johnson.

“To reach 1000 races at the Bathurst 1000 is a pretty cool milestone. I am incredibly proud to be the first Supercars team to reach this milestone. There were a lot of ups and downs during those 999 races, some good, some bad and some absolutely fantastic.

“You are only as good as the people you have around you and we have always had really good people around who have been very loyal. When you get people who like to come to work every day and want to be here that’s when you find success comes. “It’s no secret that I was a Dick Johnson Racing fan as a kid growing up and to have joined the race team in an official capacity is something I am very proud of.

“Dick Johnson is the most synonymous name with motorsport here in Australia and across the world. Everything that the team has achieved is because of the man himself Dick Johnson.

“I am proud to be part of the most iconic race team and I can’t wait to see what the next 1000 races look like.”

The team will sport a tributary livery to celebrate the milestone at Octobers 6-9 Bathurst 1000 running, set to be made public on the Monday the 26th of September.

The post THE ‘DJR’ BATHURST 1000 appeared first on Auto Action.