F1 RETURNS TO THE TEMPLE OF SPEED

Formula 1’s fastest track greets the grid for round 16, with Red Bull entering as clear favourites after taking out the last four Grand Prix’s. Pirelli have nominated the three compounds in the middle of their range for Monza: the white C2 hard (x2 sets), the yellow C3 medium (x3 sets) and the red C4 […] F2 CHAMPIONSHIP ON THE LINE AT MONZA

It’s a big weekend for the Formula 2 at Monza with the potential of the 2022 champion being crowned and the fight for rookie of the year up for grabs, which sees Australia’s Jack Doohan in red hot form and in the mix. Monza is the season’s penultimate race, with a long break before the […] One of the most intense battles for the IndyCar’s Astor Cup is about to be decided when the championship reaches its climax at California’s Laguna Seca this weekend. Prior to the Portland Grand Prix, there were seven drivers in with a shot, but that was cut to five following the all Trans-Tasman podium of Scott […]

With the re-born Adelaide 500 fast approaching, the new administrative group charged with piloting future motorsport events in South Australia has been finalised. Upon winning the state election for Labour in March, Premier Peter Malinauskas announced the re-creation of the board, declaring it will be chaired by outgoing Adelaide Oval SMA chief executive Andrew Daniels, […] GASLY ALPINE MOVE IN THE HANDS OF FIA

Pierre Gasly’s move to Alpine will hinge on the FIA’s call on whether or not it grants IndyCar driver Colton Herta an F1 Super License. Red Bull have declared that they are prepared to let Gasly go if Herta is given the Super License, giving Red Bull the green light to put the young IndyCar star […] Scott McLaughlin has signed a contract extension with IndyCar giants Team Penske, keeping him at North Carolina for years to come. After claiming rookie of the year in 2021 following his cross from Supercars, the superstar speedster from Hamilton, New Zealand, has gone from strength to strength in America, and is still in contention for […] 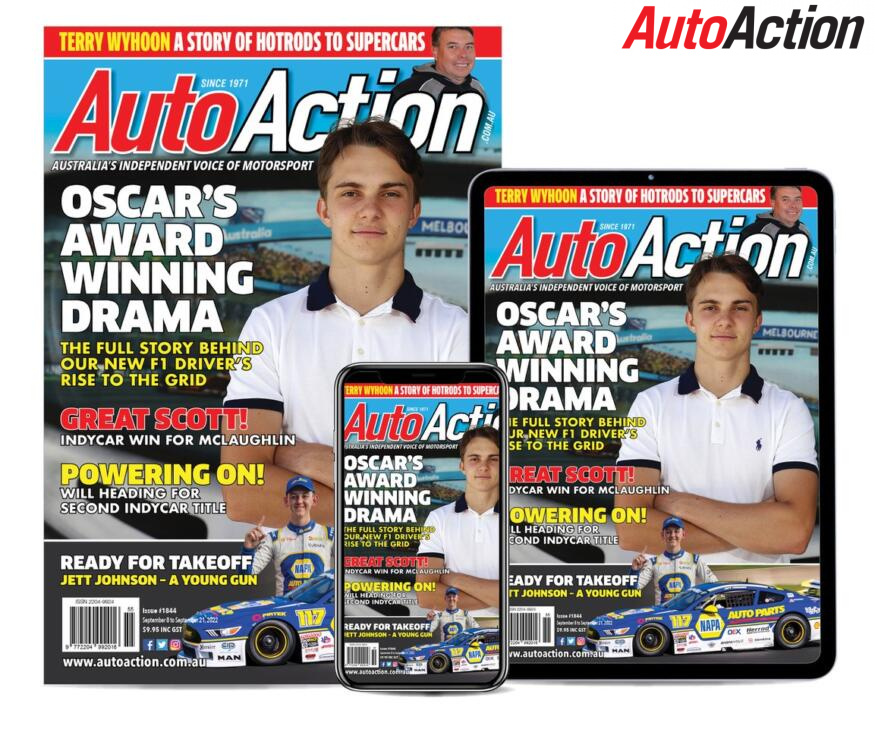 THE NEW ISSUE OF AUTO ACTION IS OUT NOW

Dare we say that it has been a pretty hectic time in the world of motorsport, and an awful lot of it has revolved around our recent, current and aspiring Formula 1 drivers. The drama that surrounded the Oscar Piastri Formula 1 contract and whether it would go in the favour of Alpine or McLaren, […] The 2022 Supercars Bathurst 1000 race will officially kick off at 11:15am AEST, on Sunday October 9. The full schedule has been released leading up to ‘The Great Race’, including that of the support categories for the October 6-9 event. Supercars will feature on all four days, with teams and drivers to be doing their […] 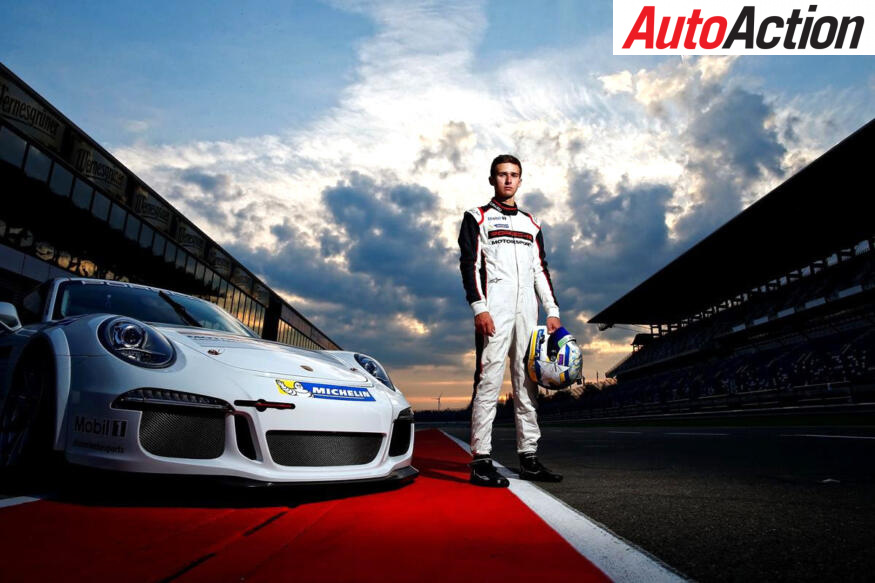 Australian Porsche star Matt Campbell, has been announced as the latest member of Team Australia to represent the country at the FIA Motorsport games at Paul Ricard on October 28-30. The Porsche factory driver will compete in the GT Sprint, joining the father-son Porsche pairing of Stephen and Brenton Grove, who will contest in the […]

BROOK RULED OUT OF TRANS AM FINALE

Tim Brook’s Turtle Wax Trans Am season is over after budget constraints mean he will miss Sandown’s season finale on September 16-18. After a fantastically consistent season, Brook sits fifth in the standings after having won races 1 and 2 at the season’s opening Tasmania round, as well as three podiums (P2’s) at Bathurst. Brook, […] Australia’s Jordan Love and the Haupt Racing Team had a difficult outing at the Fanatec GT World Challenge Europe in Hockenheim, Germany, with their #4 Mercedes AMG GT3 failing to finish after an early collision. The former 2019 Porsche Carrera Cup winner, along with his Haupt Racing teammate’s – Jannes Fittje and Alain Valente – […] ARC CONFIRMS SIX ROUND SEASON FOR 2023

The 2023 calendar for the RSEA Safety Motorsport Australia Rally Championship (ARC) has been confirmed, with six rounds making up the season. Spread over eight months, the season opener will run in Launceston, Tasmania on March 24-26, rather than in Canberra, which has been confirmed as the finale for November 24-26. With only six rounds, […]

The four-time championship winning NASCAR driven by Kim Jane in Australia’s last incarnation of the category will be on display as part of Repco’s 100th anniversary celebrations at Mt Panorama. The John Sidney Racing built #27 Chevrolet Monte Carlo swept the last ever NASCAR races held in Melbourne’s Albert Park before the pin was pulled […] In a tribute that will pay homage to the halcyon days of Formula 5000, the Rose City 10000 will be revived and races for the historic Formula 5000 cars will be the headline act as part of a new ‘open wheel motorsport festival’ to be held at Winton Raceway in October this year. The ‘Winton […]

The upcoming Sandown Touring Car Masters races will mark the return of Keith Kassulke and his big silver Ford Falcon XB GT Hardtop Without doubt, one of the series’ most popular cars, the stunning Silver Falcon has not raced for some years, however Kassulke will join an expanding TCM grid when the series returns to […] NZ rally star Hayden Paddon, along with co-driver Jared Hudson, has taken out the Rali Ceredigion event in Wales over the weekend.  It’s the pair’s first ever victory on tarmac, winning by 38.7s over Osian Pryce and co-driver Noel O’Sullivan over 12 stages, with 60 competitors making it through to the end. The Kiwi pair […] Thomas Randle’s Tickford livery will feature a tribute to the outgoing Pukekohe Park Raceway, with the #55 Castrol Racing Ford Mustang to sport a silver fern and a supporting message. The message reads “ngā mihi, Pukekohe”, the Te Reo Māori phrase meaning for “thank you, Pukekohe.” The Pukekohe name itself is an abbreviated Te Reo phrase, […] 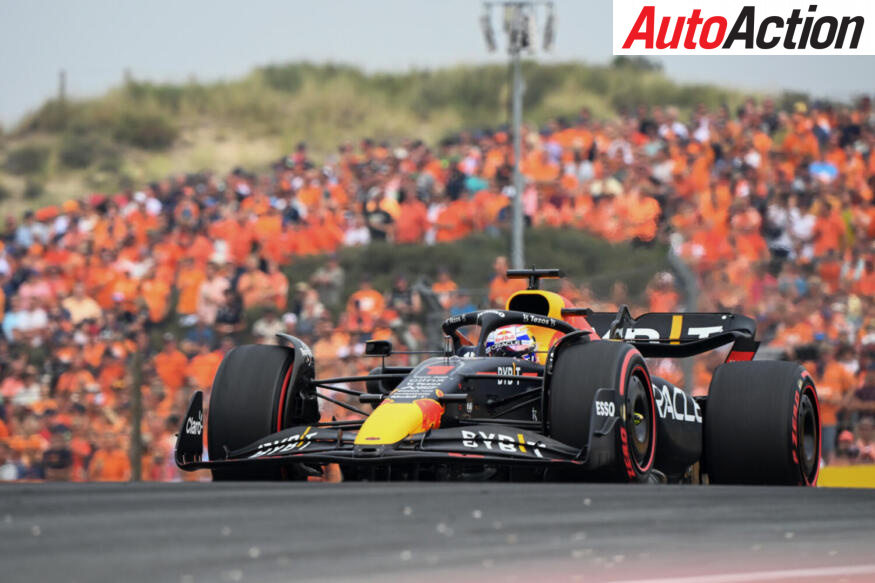 Max Verstapen has taken out his home Formula 1 Grand Prix in the Dunes at Zandvoort to extend his winning streak to four, dating back to Paul Ricard in July.  Mercedes put in a strong showing with Hamilton putting pressure on Sainz early, whilst George Russell took out a P2 for the Silver Arrow, with […] An all Trans-Tasman podium took Indycar’s Portland Grand Prix by storm, with Scott McLaughlin turning his pole into a dominant win over Penske teammate and championship leader Will Power. Scott Dixon came in third, finishing just 0.4214s behind Power, who trailed McLaughlin to the chequered flag by 1.1792s. “We did exactly what we came here […]